Gaming has boomed over the years. In the past few years, professional gamers can now make a livable income on their gaming performances.

But make no mistake, it is difficult to make a lucrative income with gaming. Because only a few people are doing so compared to the thousands of professional gamers.

Having said that, you may still be thinking: how much does a professional gamer make? It’s a difficult question to answer as it depends on many factors.

However, we’ll tackle that question and give a realistic figure of what to expect depending on your development stage as a gamer.

What is the average salary of a professional gamer?

There’s no single value that serves as a standard for a professional gamer. Usually, at the beginning of your professional career, you can expect to make little money and probably spend all upgrading your gaming tools.

Your team will be responsible for housing and feeding you as a team.

They’ll also be responsible for training you to be able to compete at regional, national, and international tournaments. As you compete in tournaments with your team, you can make more through tournament prizes.

How gamers earn their money

Professional gamers earn their money through various means. As you rise through the ranks, there are more opportunities to make more money.

What are some common ways gamers make money during their careers? How much is the average Professional Gamer Salary?

Salary from a team

When you join a team, you’ll be paid a basic salary along with a signing bonus. In most cases, your salary will depend on your reputation as a gamer and your achievements.

For instance, Michael Schmale, also known as SpaceLy was signed into the Ghost Gaming team at a basic salary of $4000 monthly and a signing bonus of $50,000 that was shared with his teammates.

Although that may look like an average salary. But the team housed SpaceLy and his team members, fed them, and train them to achieve physical fitness. They also trained to improve their gaming performance.

When you consider these perks, then the deal is definitely worth more than $4000 a month. Having said that, there are gamers who make much more than that. These are people who have gotten to the big leagues.

For instance, it was reported that the 50 starting players in the 2021 edition of the North American League of Legends Championship series had a guaranteed minimum salary of $75,000.

Furthermore, it was reported the average player would earn far more than that with a salary of $320,000.

Professional gaming is a relatively new career. It’s difficult to find an average for the whole industry as it depends on factors like:

Even for established career paths like law, it’s still difficult to find an average salary due to specializations, size of the firm, location, etc. $4,000 may look small for a professional gamer considering the popularity.

But you need to know that some professional gamers even make less than that. That’s why many people combine their gaming with their day jobs.

This is one of the biggest sources of income for professional gamers. However, it’s also one of the most difficult as it takes a lot of hard work and a bit of luck to win the big tournaments.

With big tournaments like Dota 2 where the prize money can go above $20 million, it’s an opportunity for some gamers to become millionaires. It needs to be said though, that Dota 2 is only the exception rather than the rule. 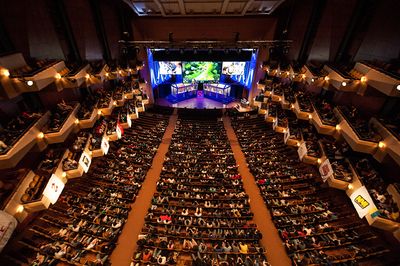 Other games like StarCraft II, Call of Duty, and League of Legends offer lower prize money than Dota 2. Even at that, a gamer could still make more than their yearly salary from the prize money they get after winning a major tournament.

Another popular option over the years is streaming. Gamers can play games at the comfort of their homes and stream to their fans on popular platforms like Twitch.

Through this, many gamers can make a lot of money when people subscribe to their channel or donate to them.

If you can build a large following through streaming, it can also help you find a gaming team to employ your services. For instance, the top 10 earners on Twitch in 2021 made a total of $23 million. That’s an average of $2.3 million. Some of these streamers are:

Ninja: Richard “Tyler” Blevins is the most popular streamer on Twitch with 94,369 subscribers and over 10 million followers. He made an estimated $5,417,447 from the platform in 2021 by streaming Fortnite. 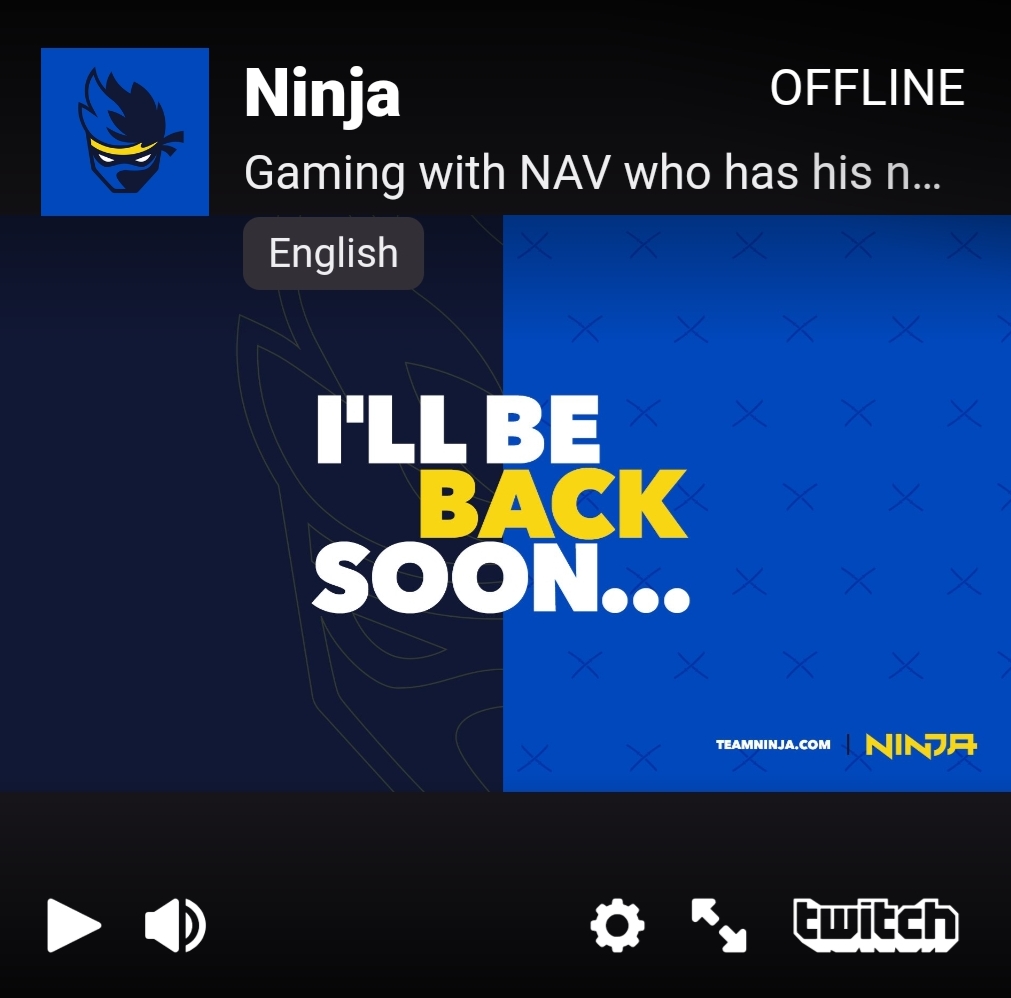 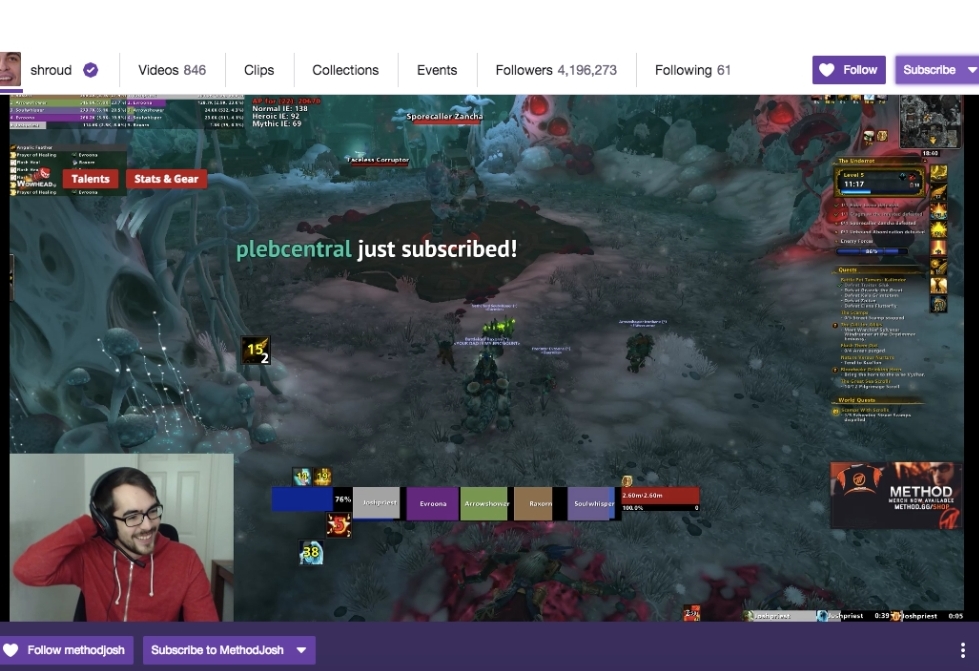 As professional gaming is gaining more popularity, sponsors want to take advantage of this to reach the young audience who are fanatics of gaming. If you’re a popular gamer, then manufacturers of gaming gear like graphics cards or game mouse can sponsor you to promote their products.

Apart from that, companies that make products for people from their late teens to their early thirties can reach their ideal audience through popular gamers.

Gamers usually have their nickname in the gaming world. And fans don’t mind buying their merchandise. A popular gamer can produce merchandise like bags and t-shirts with their nickname on it to sell to their fans.

There are many sources a gamer can make money as a result of their work. In some cases, only a gamer knows the amount of money they earn as they don’t make it public.

However, it’s still possible to know top earners through their winnings in various tournaments.

According to esportsearnings.com, The top 20 highest earners in prize money from tournaments are:

Kuro Takhasomi: The gamer also known as KuroKy has earned $4,163,926.95. Dota 2 has accounted for the highest earning with 99.96% of the total earnings. KuroKy is from Germany and has made his earnings from 94 tournaments. He’s 26 years old presently. 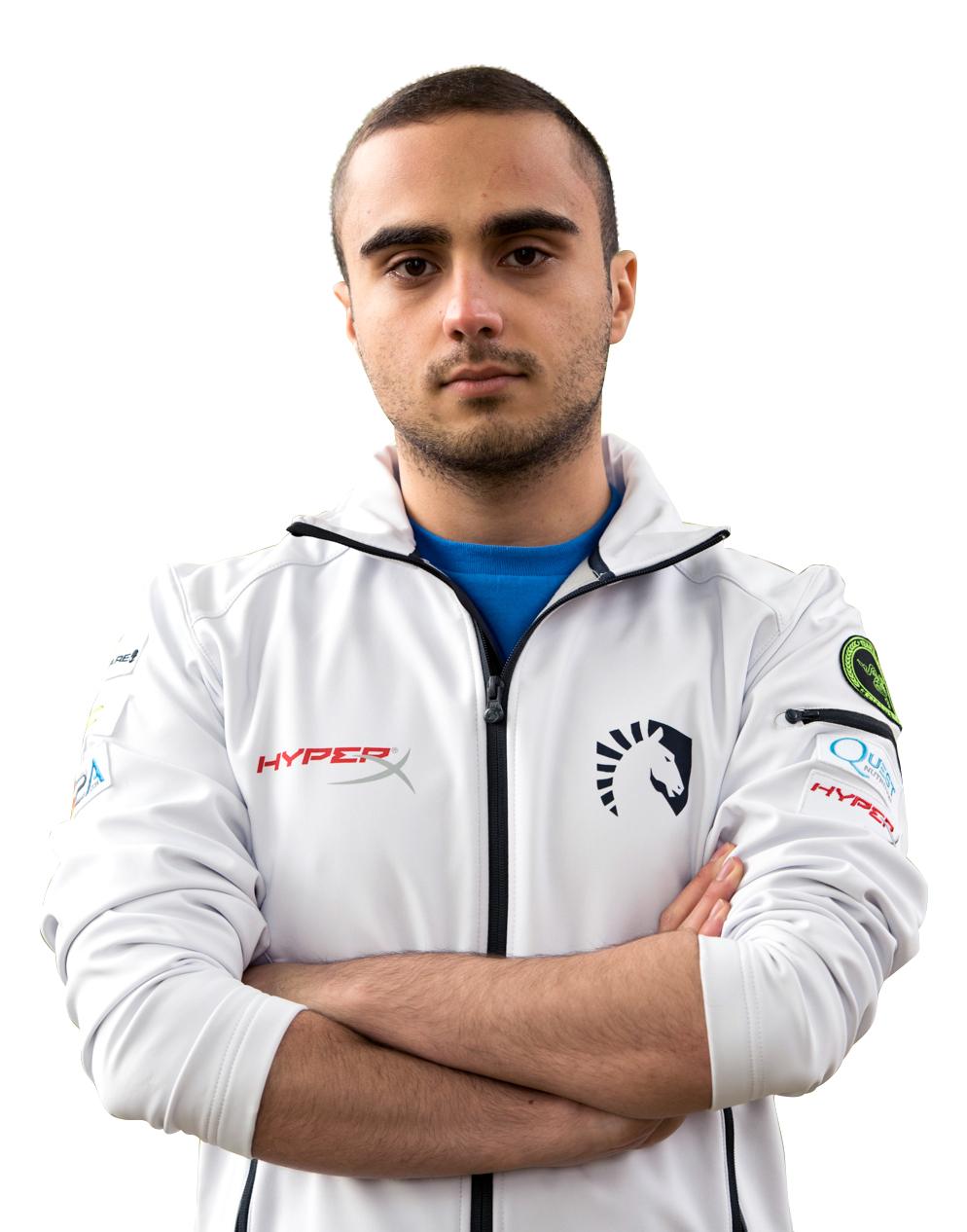 Ivan Ivanov: Known in the gaming circle as MinD_ContRoL, Ivan has total earnings of $3,519,411.76. Dota 2 accounts for 100% of his total earnings. Ivan is from Bulgaria. He’s currently 24 and has made his earnings from 56 tournaments.

Lasse Urpalainen: He is also known as Matumbaman and has made $3,503,116.04 from gaming tournaments with Dota 2 accounting for 100% of his earnings. Matumbaman is currently 24 and has participated in 58 tournaments. He’s from Finland.

Jesse Viannika: Also known as JerAx, he has made $3,323,463.82 from his tournaments of which Dota 2 accounts for 100% of them. JerAx is currently 26 and is from Finland. He has made his earnings from 59 tournaments.

Sumail Hassan: He’s also known as SumaiL and has made $3,305,914.94 in prize money from tournaments. His highest paying game has been Dota 2 which accounts for 100% of his earnings. Sumail is from Pakistan and is the youngest gamer to win $1 million doing it at the age of 16. He’s currently 20 and has earned from 58 tournaments. 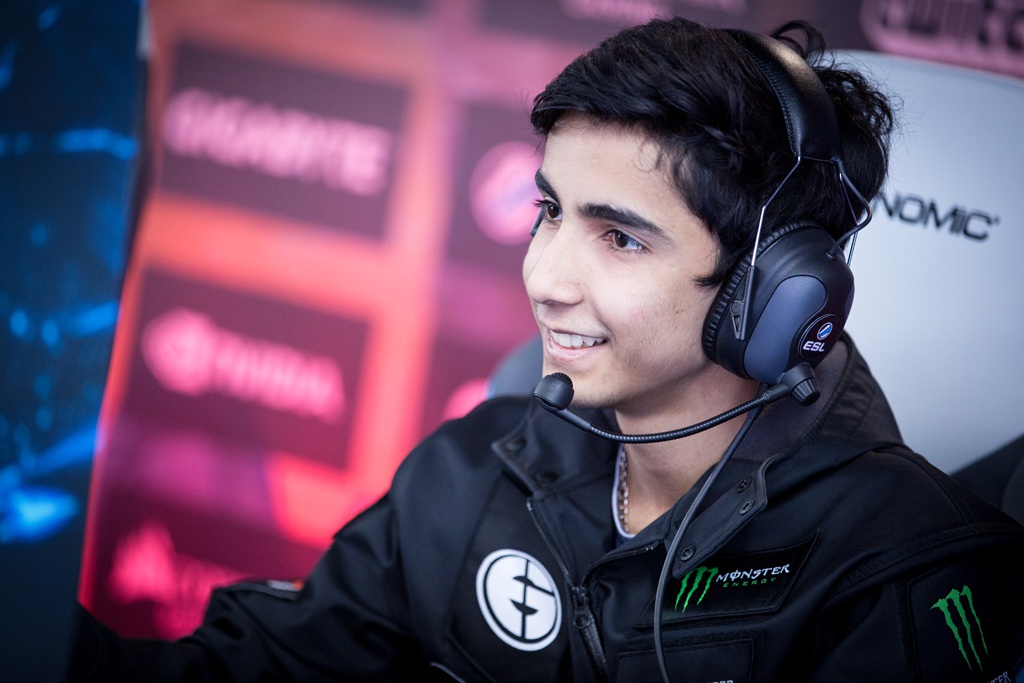 Maroun Merhej: Also known as GH has made $3,122,344.84 from gaming tournaments and 100% of his earnings has been from Dota 2. GH is from Lebanon and has earned his money from 33 tournaments.

Saahil Arora: He’s also known as UNiVeRsE in the gaming world and has earned $3,036,737.67 from tournaments. Dota 2 accounts for 100% of his earnings. Saahil is 29 and from the United States.

He has earned from 88 tournaments.

This list of top-earning gamers has shown 2 major points. One is that Dota 2 completely dominates in terms of prize money earned by professional gamers.

In fact, you’ll get to number 40 on that list before you see a player who has made a lot of money through another game, Counter-Strike: Global Offensive.

Another point from this list is that professional gamers focus on a single game as the top earners have made almost 100% of their earnings from a single game.

Having considered these top earners, you should note that their rankings may change when you factor in other sources of income.

There are eSports teams that have made millions of dollars while competing in different video game competitions. These teams maintain an elite list of professional gamers who go through regular training to be able to compete with the best gamers in the world.

Below are some top esports teams based on their earnings over the years:

This team began as a gaming community website in 1998. Its first major team competed in the Starcraft: Brood War game in 2010. Since then, Team Liquid has built teams in other games like DOTA 2, League of Legends, Counter-Strike: Global Offensive, Heroes of the Storm, and Halo.

However, Team Liquid had its biggest win in 2021. Apart from that, it was the biggest team win in esports history at the time.

By far, Dota 2 has contributed most to the team’s overall earnings. The biggest games in terms of earnings for Team Liquid are:

The team’s top players in terms of prize money earned are:

With these statistics, Team Liquid is one of the top gaming teams out there today. 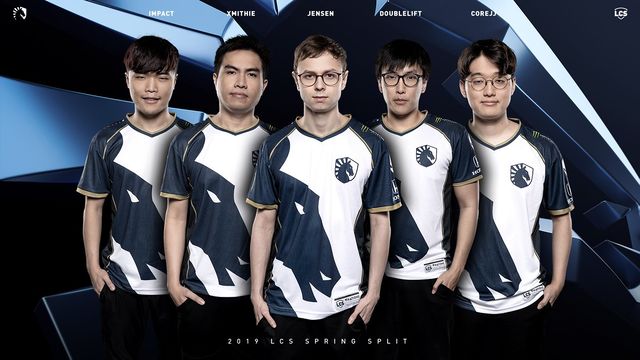 This is another top team and is commonly called EG. The team is based in San Francisco but was initially founded as a CS: GO team by Alexander Garfield in 1999.

The team has since gone into games like Dota 2, StarCraft II, League of Legends, Quake, Call of Duty, World of Warcraft, and Halo. EG is owned by GoodGame Agency which also owns the Alliance gaming team based in Europe.

EG’s biggest prize money comes from Dota 2 where the team has won over $14 million. Evil Geniuses have earned $16,670,734.93 in total prize money after participating in 685 tournaments. The biggest games in terms of earnings for Evil Geniuses are:

The team’s biggest players in terms of prize money earned are: 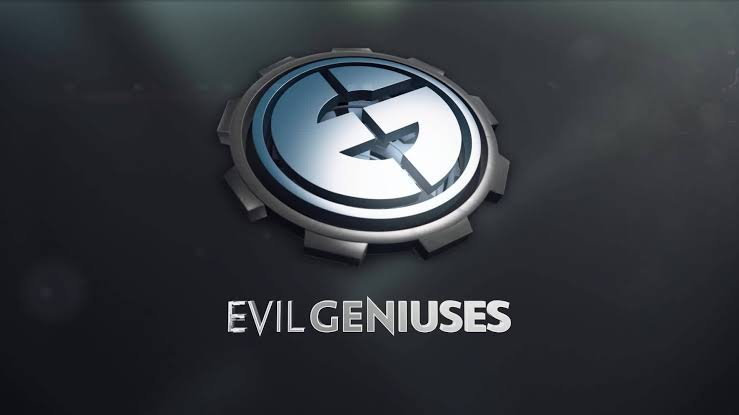 This is a Chinese esports organization that specializes in League of Legends, Hearthstone, and Dota 2. The team rose to fame when it won $5 million in prize money at The International 2014. At the time, it was the highest prize won at a video game competition.

By participating in 114 tournaments, Newbee has earned total prize money of $12,141,392.46. The biggest games responsible for its winnings are:

Newbee’s biggest players in terms of money won during tournaments are:

This Chinese team was founded in 2009 when it sponsored a Dota team named For The Dream. The team is named after its main sponsor, Guizhou Laogandie Food. Like the teams mentioned above Dota has been the biggest prize winner for this team.

Its biggest players in terms of money earned from tournaments are: 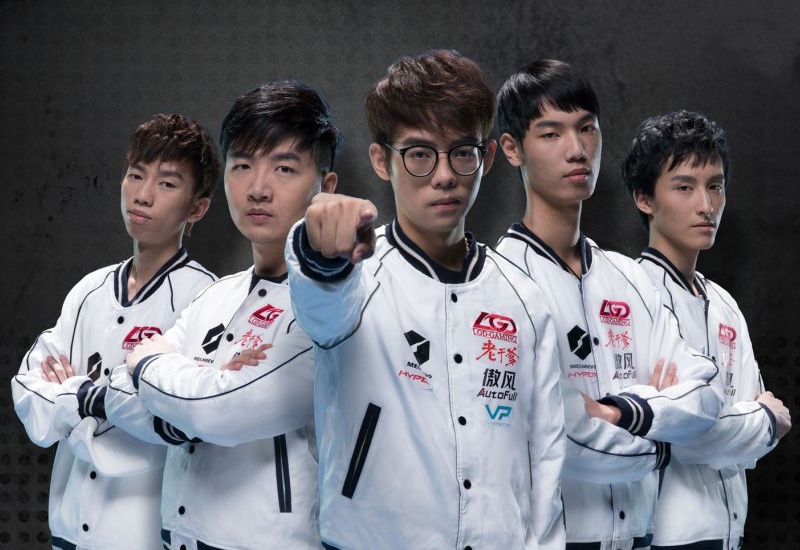 This is a gaming team that has ceased to exist for about 2 years. It was a professional Dota 2 team that was assembled in 2014. Between then and 2016, the team played to show itself as one of the best teams in China.

Wings Gaming earned $9.1 million at The International 2016 after winning the tournament. This led to their nomination in the best non-Olympic athlete category of the Chinese Top 10 Laureus Sport Awards. It was the first eSports team to achieve this nomination.

With their success also came their downfall. There were disputes between the players and the team’s management on how to share their prize money. These led to other issues where the team owed player salaries and the players left.

While the team existed, it earned total prize money of $9,718,065 by participating in 22 tournaments. The biggest games for the team in terms of prize money are:

Their biggest players in terms of prize money earned are:

Earning a lot of money as a professional gamer will require a lot of time. Whether you want to join a gaming team or you want to stream on a platform like Twitch, you’ll have to build a reputation.

After building your reputation by winning tournaments, competitions, and having a likable personality, then you can make more money. However, the most important point to get here is that your salary as a gamer depends on so many factors.